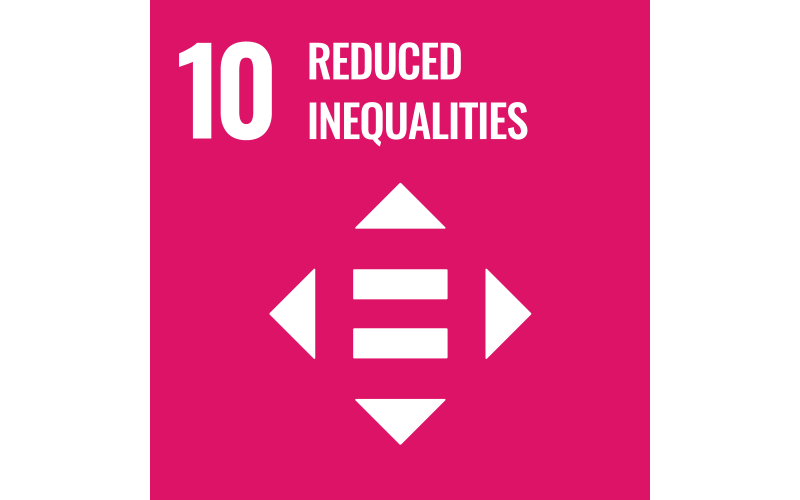 Reduce inequality within and between countries.

The international community has made great progress in helping people get rid of poverty. The most vulnerable countries, including the least developed countries, landlocked developing countries and small island developing States, continue to make progress in poverty alleviation. However, inequality still exists, and the distribution of health education services and other productive assets varies greatly.

In addition, although income inequality among countries may decrease, income inequality within countries is increasing. People are increasingly realizing that if economic growth is not inclusive and does not take into account the three aspects of sustainable development, namely economy, society and environment, economic growth will not be sufficient to reduce poverty.

In order to reduce income inequality, we recommend that various policies are universal in principle, but they must take into account the needs of poor and marginalized groups.

●  Between 1990 and 2010, considering the size of the population, income inequality in developing countries rose by an average of 11%

●  There is evidence that if inequality exceeds a certain limit, it will damage growth and poverty alleviation, interpersonal relationships in the public and political spheres, personal satisfaction, and perception of self-worth

●  In a survey conducted by the United Nations Development Programme, policymakers in various countries admitted that the level of inequality is high in their respective countries as a whole and may threaten the long-term social and economic development

●  The coverage of global social security has been greatly improved, but the probability of people with disabilities incurring catastrophic health expenditures is five times that of the average person

Although the overall maternal mortality rate has declined in most developing countries, women in rural areas are still three times more likely to die during childbirth than urban women.