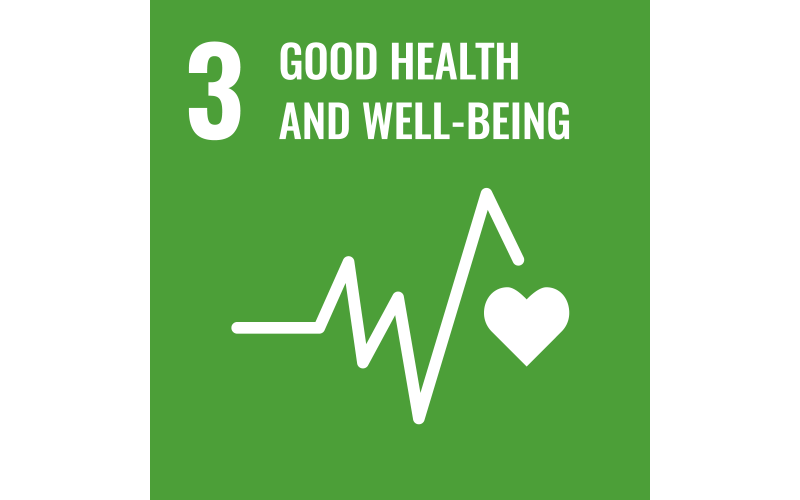 Ensure a healthy lifestyle and promote the well-being of people of all ages.

Ensuring a healthy lifestyle and promoting the well-being of all people of all ages are essential to sustainable development. Countries have made great progress in increasing life expectancy and reducing common diseases that cause mother and child deaths. Significant progress has been made in enhancing the provision of clean water and sanitation facilities, and eliminating the spread of malaria, tuberculosis, polio and HIV/AIDS. However, we need to redouble our efforts to eradicate a series of diseases and solve many stubborn and emerging health problems.

●  Since 2000, the measles vaccine has saved more than 14 million lives

●  Although decisive progress has been made in reducing child mortality globally, the proportion of child deaths in sub-Saharan Africa and South Asia is rising. 4 out of 5 deaths of children under the age of 5 occur in these two regions

●  If the mother is educated-even if it is only elementary education, the child is more likely to survive than the child of the mother without education

●  In developing regions, the maternal mortality rate is still 14 times that of developed regions

●  The fertility rate of adolescents has declined in most developing regions, but the progress has slowed down. The use of contraceptives increased sharply in the 1990s and increased more in the 2000s.

●  More and more women’s family planning needs are slowly being met, but the demand is growing rapidly

Fight HIV/AIDS and other diseases

●  The number of new HIV infections in most areas is declining

●  50 young women are infected with HIV every hour

●  Between 2000 and 2012, due to the greatly expanded malaria interventions, the global malaria mortality rate dropped by 42%

●  In the ten years since 2000, 3.3 million deaths caused by malaria have been avoided, and the lives of 3 million infants and young children have been saved

●  Thanks to more financial assistance, more and more children in sub-Saharan Africa can sleep under insecticide-treated mosquito nets