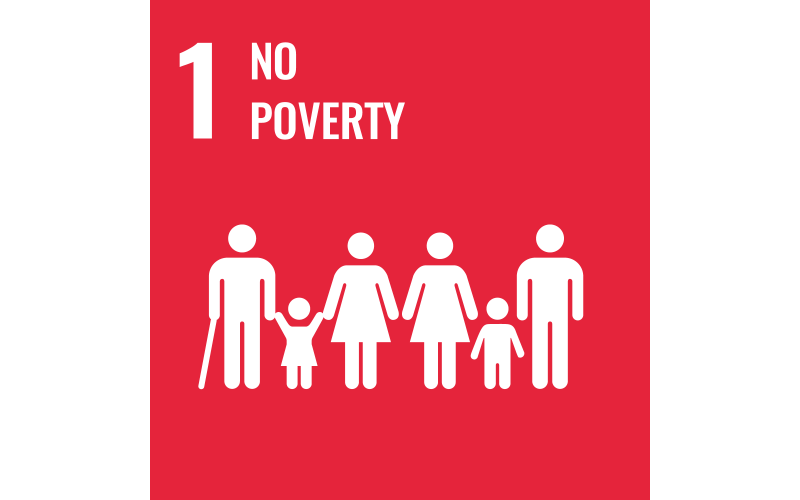 Eliminate all forms of poverty all over the world.

Since 1990, the extreme poverty rate has dropped by half. Although the results are remarkable, one-fifth of people in developing regions still live below the US$1.25 per day poverty line. Millions of people have daily incomes barely above this level, and many people are at risk of returning to poverty.

Poverty is not only a lack of income and resources that make it difficult to maintain a livelihood, but also manifests itself in hunger and malnutrition, inadequate access to education and other basic public services, social discrimination and exclusion, and inability to participate in decision-making. Economic growth must be inclusive to provide sustainable employment and promote equity.

●  One in five people in developing regions still lives under US$1.25 a day

●  The vast majority of people whose daily standard of living is under US$1.25 live in two regions: Southeast Asia and sub-Saharan Africa

●  Among the children under five in the world, a quarter are below the normal value of their age