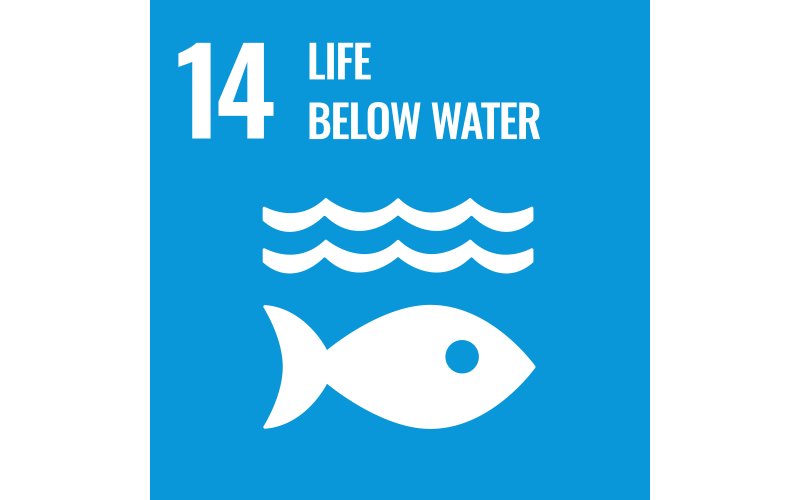 Protect and sustainably use the ocean and marine resources to promote sustainable development.

The world’s oceans, their temperature, chemical composition, ocean currents, and organisms drive the earth system in which all humans live. Our rain, drinking water, weather, climate, coastline, many of our food, and even the oxygen in the air we breathe are ultimately provided and regulated by the ocean. Throughout history, the ocean has always been an important channel for trade and transportation. The careful management of the ocean, an important global resource, is a major aspect of building a sustainable future.

Current status and challenges of protecting and managing marine resources:

●  The ocean covers nearly three-quarters of the earth's surface and accounts for 97% of the earth's total water resources. If measured by volume, the ocean occupies 99% of the space that organisms can develop on the earth

●  The livelihoods of more than 3 billion people depend on a variety of marine and coastal organisms, including many people in developing countries. For them, fishing is their main life and business activity

●  There are nearly 200,000 species of marine organisms currently known, but the actual number is expected to be tens of millions

●  The ocean absorbs about 30% of the carbon dioxide produced by human activities, buffering the impact of global warming

●  The ocean contains the world’s largest protein resource, with more than 2.6 billion people, and the ocean mainly provides protein for them

●  Fishery subsidies are preventive efforts due to the rapid depletion of many fish species, aiming to preserve and restore global fisheries and related occupations, resulting in a loss of 50 billion US dollars in marine fishery production than expected each year

As many as 40% of the world’s oceans are considered "seriously affected" by human activities, including pollution, depletion of fisheries, and loss of coastal habitats